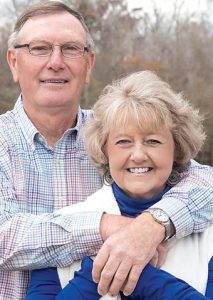 Patricia Ann “Sissy” Harrelson Fowler of the Mollie Community, Clarendon, went to be with her Lord and Savior Monday morning, Sept. 20, in McLeod Loris hospital after a brief illness. She was 63.

Born Oct. 2, 1957 in Horry County, she was the daughter of the late Robert and Lucille Powell Harrelson of the Clarendon Community.

In addition to her parents, she was preceded in death by her two brothers, Vernon Harrelson and Jerry Harrelson.

Affectionately known as “Sissy” to most, she was a dedicated member of Mission Valley Original Free Will Baptist Church in Mollie for more than 40 years where she served as a member of the Ladies Circle. She was retired from the Columbus County School System where she worked as a librarian assistant and Latin instructor.

She is survived by the love of her life, Michael “Mike” Hester Fowler of the home; one loving and devoted son, Michael Brandon Fowler (Hollie) of Mollie; and one grandchild, her sunshine, Michael Braden Fowler.