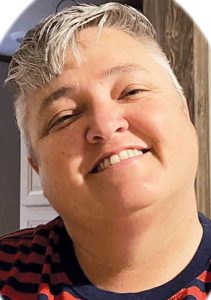 Carol Ann Cooper-Johnson of Loris passed away on Thursday, Sept. 16, at McLeod Loris hospital. She was 51.

Born June 30, 1970 in Maringouin, Louisiana, she was the daughter of the late Robert Johnson and Charlotte Ann Johnson Helms.

In addition to her father, Robert, Carol was predeceased by two brothers, Timmy Johnson and Tommy Johnson.

Memorial services will be held at a later date.