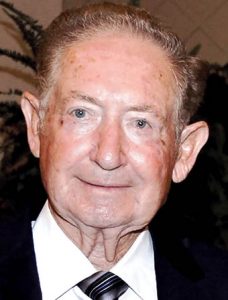 Joseph Junior McDowell of Conway passed away on Saturday, Sept. 25, in Loris, following an illness. He was 82.

Born Oct. 7, 1938 in Loris, he was the son of the late Worth Austin McDowell and the late Mary Leona Mishoe McDowell.

Mr. McDowell worked in the landscaping business until his retirement and was of the Baptist faith.

Family planned to receive friends beginning at 2:15, before the services, at Carter Cemetery.

Family requests that memorials, in Mr. McDowell’s memory, be made to the charity of one’s choice.