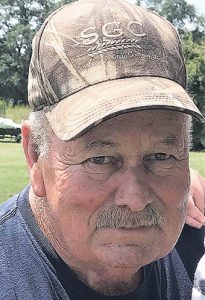 Born June 11, 1945 in Horry County, he was the son of Maurice Bass Watts of Tabor City and the late Ted Watts, Sr., and the widower of Christie Rhodes Watts.

In addition to his father, he was preceded in death by a daughter, Lea Dickerson Hunt.

Visitation was planned from 6 to 8 p.m. Tuesday, Sept. 28, in Inman Ward Funeral Home.

A memorial service was planned for 3 p.m. Sunday, Oct. 3, in the Wildlife Club, Tabor City.