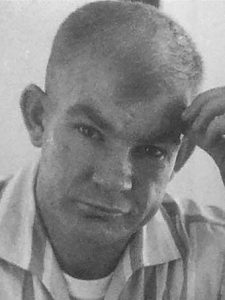 Harry V. Stevens passed away on Thursday, Oct. 14, at his home in Conway following an illness. He was 83.

Born Oct. 17, 1937 in Loris, he was the son of the late Jaby B. Stevens and the late Joyce Richardson Stevens.

Mr. Stevens served his country with courage, honor, and dignity in both the US Marine Corp and the US Army, retiring with more than 22 years of active duty service.

Survivors include his daughter, Cinceria Stevens Jones of the Bahama’s; her mother, Linda Stevens of Longs; two sisters, Patty and Ann; and many loving cousins and extended family members.

In addition to his parents, Mr. Stevens was predeceased by his brother, Leonard Stevens.