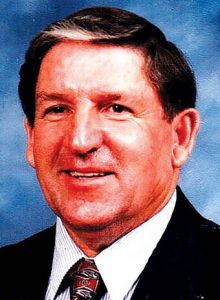 Douglas “Doug” McArthur Cox of Loris passed away on Monday, Nov. 1, at his home. He was 79.

Mr. Cox served his country with courage and honor in the US Army. After the Army, he worked as a farmer until his retirement and was a longtime active member of Glendale Baptist Church.