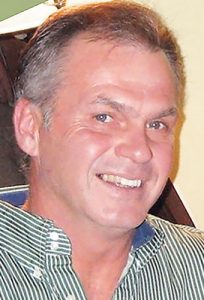 Born May 9, 1961 in Horry County, he was the son of the late John Calvin Cartrette, Sr. and Joyce Graham Cartrette.

A graveside service was planned for 11 a.m. Friday, Nov. 19, in the Sandy Plain Baptist Church Cemetery.