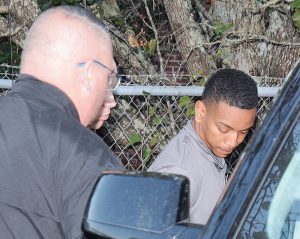 Police were called in to investigate, with assistant from the NC State Bureau of Investigation. Surveillance video in the prison led investigators to Thompson and to an inmate, who was allegedly provided some of the drug, Conway said. That contraband was located during a search of the inmate’s cell, Conway said.

Conway said the investigation at TCI is ongoing.