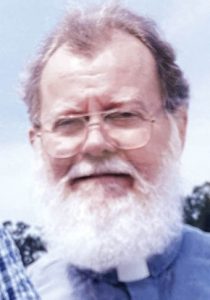 Rev. James Patterson Dickson of Conway passed away on Friday, Nov. 19, at Conway Manor following a long illness. He was 84.

He was born June 14, 1937 in Lake City, SC, but grew up in Conway. He was the son of the late James Patterson Dickson and the late Kathleen Roberts Dickson.

Rev. Reverend Dickson served his country with courage, honor, and distinction in the United States Navy where he served on the U.S.S. Conway. He always had a passion for flying and owned his own aviation school where he shared his knowledge with his many student pilots. He was a devoted servant to his community working as a Presbyterian minister until his retirement.

Rev. Dickson will be missed by his wife, children, grandchildren and all whose lives he has blessed.

In addition to his parents, Mr. Dickson was predeceased by his sister, Jeannie Allen.

Family planned to receive friends during the half-hour preceding the services at the cemetery.