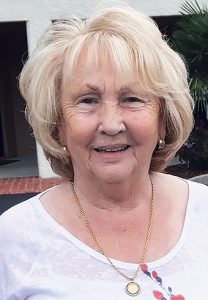 Elena Johnson Hendrix of West Columbia passed away on Monday, Nov. 22. She was 79.

Born May 28, 1942 in Loris, she was the daughter of the late Hicks Lacy Johnson and the late Minnie Graham Johnson.

Mrs. Hendrix worked in accounting and bookkeeping until her retirement and was of the Baptist faith.

In addition to her parents, Mrs. Hendrix was predeceased by her husband, Joel Adolphus Hendrix; a son, Brunson Wallace Hendrix, III; and a daughter, Rhonda Renee Sharpe.

Visitation was planned for the hour preceding the services at the funeral home.