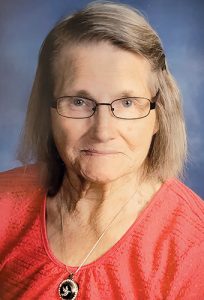 Lois Mae Williamson Norris of Tabor City died Friday, Dec. 3, in her home. She was 82.

Born Dec. 17, 1938 in Columbus County, she was the daughter of the late William James “Lace” Williamson and Letha Mae Jacobs Williamson.

In addition to her parents, she was preceded in death by her son, John Monroe Norris; a daughter, Teresa Mae Faircloth; and a brother, Jack Norman Williamson.