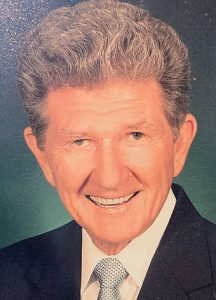 Ted Hutson Lupo of Loris passed away on Sunday morning, Dec. 26, in Myrtle Beach. He was 90.

Mr. Lupo served his country with courage and honor in the US Air Force for nine years. After his military service he worked as a truck driver until his retirement and was a member of Green Sea Baptist Church.

Family planned to receive friends during the half-hour preceding the service at the cemetery.