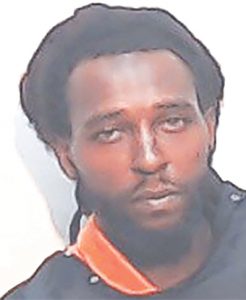 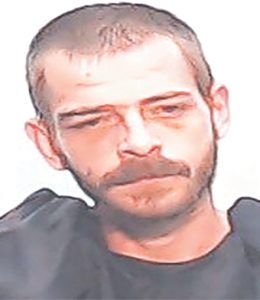 Smith was also charged with possession of a firearm by a felon, maintaining a place for a controlled substance, possession with intent to manufacture sell and deliver marijuana, and possession of drug paraphernalia.

Both were jailed at the Columbus County Detention Center, Smith under secured bonds totaling $255,000, Bielinski with bail set at $225,000. 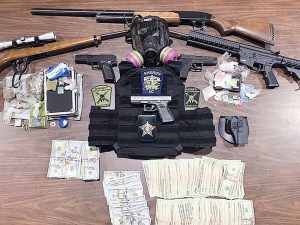 A residence on the property and outbuildings were searched.

“Investigators located and seized four handguns, three long guns, packaging materials, a digital scale, a bulletproof vest, a gas mask, over $7,000 in cash, and a large sum of narcotics,” the news release said.

Seized narcotics, with an estimated street value of $20,000, included 5.2 grams of cocaine, 9.9 grams of fentanyl, 2.1 grams of heroin, 82.2 grams of marijuana, 52 dosage units of Oxycodone, 8 dosage units of Buprenorphine, 18 strips of Suboxone, and a dose of MDMA (also known as Ecstasy, Molly.