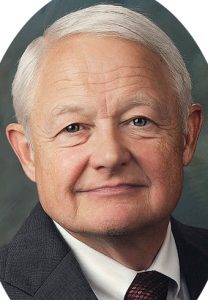 Born Feb. 28, 1945 in Atlanta, Georgia, he was the son of the late Alton Parker Ewing, Sr. and the late Juliett Victoria Lynn Ewing.

Mr. Ewing served his country with courage, honor, and distinction in the United States Army for four years. He went on to serve in the National Guard. He was stationed in Germany for much of his military career and served as the acting director of CHAMPUS medical program for 66 countries in the European Command.

After the military he worked as a hospital administrator at Loris Community Hospital and several other hospitals until his retirement.

He was a longtime active member of Loris First United Methodist Church and member of the Loris Civitan Club for 48 years.

Survivors include his loving wife of 54 years, Caroline Massey Ewing of the home; a son, Alton Parker Ewing, III, wife Nikki, and granddaughter Darby Ewing, all of Georgetown.