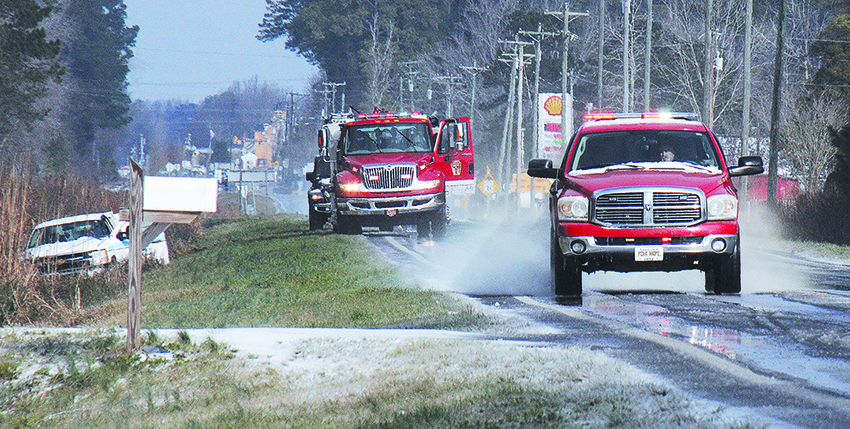 Tabor City Fire Department vehicles arrive to at a truck in a ditch on US 701 south of the state line Saturday morning. (Deuce Niven, TLT)

…It wasn’t nothing, but the impacts of sleet, ice and a bit of snow that fell in the Tabor-Loris Community, Columbus and Horry counties, were far less severe than the most dire warnings, with no widespread power outages, few if any isolated ones, and it appeared most motorists staying home during the worst of the storm, reports from various public safety agencies indicated.

Travel impacts were felt during the day Saturday, with primary roads pre-treated with brine ahead of the storm clearing more quickly though temperatures did not break the freezing mark until about noon. 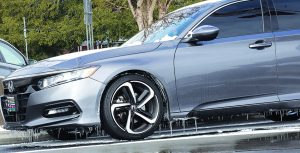 Numerous auto crashes were reported Saturday morning and into the afternoon in Columbus and Horry, with three just before noon on a one-mile stretch of US 701 about midway between Tabor City and Loris. Those, like most, involved vehicles sliding off the slick highway and into ditches, although one nearest Loris involved two vehicles colliding.

Forecast highs for day were below 40 degrees, widely at about 38 degrees, with an opportunity for only limited melting of the overnight sleet, ice and snow accumulations, a National Weather Service briefing said.

Temperatures were expected to dip back below freezing soon after dusk before plunging to the mid-teens overnight, with a strong potential for black ice and significant dangers on the highway, the NWS and public safety agencies throughout the region said. 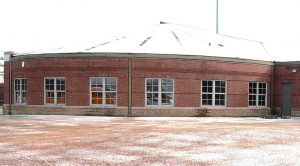 A curfew ordered by Columbus County government on Friday remains in effect between 8 p.m. Saturday and 6 a.m. Sunday, with exceptions for travel to and from work, healthcare and public safety agencies, and travel necessary to deal with a medical emergency.

In Horry County all county government facilities and programs have been cancelled for Saturday and Sunday, with public safety departments remaining operational.

Forecast highs in the mid-40s on Sunday are expected to greatly improve highway conditions.

Look for updates here as events warrant, and complete coverage of the winter storm and its impacts in the next Tabor-Loris Tribune in print and online.