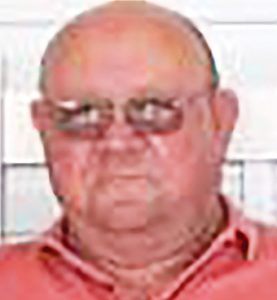 Born Jan. 16, 1944 in Columbus County, he was the son of the late Charlie Wilbur Hayes and Alta Osborne Hayes of Nakina.

In addition to his parents, he was preceded in death by his only sibling, June Elaine Hayes Hammond.

He graduated from Nakina High School in 1962 and NC State University in 1966. He was an Agricultural High School teacher in Jasper and Whiteville. He left teaching and began his employment with Brunswick Electric Membership Cooperative until his retirement.

He is survived by his wife, Jacqueline Gore Hayes of the home; one son, Ronald “Ronnie” Burton Hayes and wife Traci of Clarendon; two grandsons, Jackson Lee Hayes and Joshua Adam Wise; and one great granddaughter, McKenzie Wise.

Ronald was a very active member of the Bethel United Methodist Church in which he held several positions until his health required him to step back. He was an active hunter and fisherman.

A funeral service was planned for 2 p.m. Tuesday, Jan. 25, at Bethel United Methodist Church, burial following in the Bethel Memorial