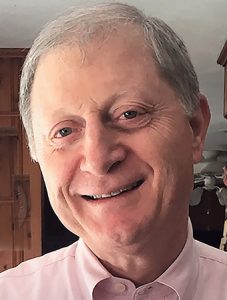 Russell David Wright of Tabor City died Monday, Jan. 31, in his home surrounded by his beloved family. He was 72.

Born Aug. 31, 1949 in New Hanover County, he was the son of the late Willard Cannon Wright and Alice Shelley Wright.

He was a member of Tabor City Baptist Church. He graduated from Tabor City High School in 1967 and continued his education at Wake Forest University from 1967 to 1970. He then attended the University of North Carolina from 1970 to 1973 where he received his Pharmaceutical Science degree.

Visitation was planned from 6 to 8 p.m. Wednesday, Feb. 2, in Inman Ward Funeral Home.

In lieu of flowers, memorial donations may be made to SECU Family House at UNC Hospital, 123 Old Mason Farm Rd, Chapel Hill, NC 27517, online here; or donate blood or platelets in honor of Russell.