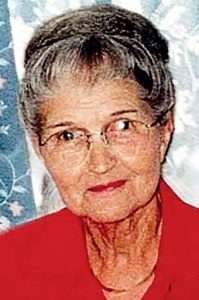 Hazel Rabon of Conway went home to be with the Lord on Jan. 30, with her family by her side, after a brief illness. She was 91.

Mrs. Rabon was born September 3, 1930 in Conway, the daughter of the late Robert “Bob” and Viola Mishoe.

Mrs. Rabon was born during the Great Depression. Throughout her life she suffered great loss but continued to have perseverance that was admirable. She had a great passion for growing fresh vegetables and using them to cook southern dishes.

Mrs. Rabon loved her family and those around her endlessly. She will be greatly missed by all who knew her. She was also a member of White Savannah Free Will Baptist Church.

Visitation was planned during the hour preceding the service at the chapel.