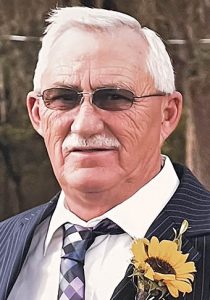 Ollen Edward “Rusty” Lewis of Nichols passed away on Thursday, Feb. 3, at McLeod Loris hospital. He was 71.

He was born in Mullins, a son of the late Ollen Henry Lewis and Imogene (Brown) Lewis Watts.

Rusty was a veteran of the US Navy and National Guard, and worked for Marvel Lighting in Mullins for many years.

Visitation was planned from 6 to 8 p.m. Monday, Feb. 7, at Inman Ward Funeral Home in Tabor City.