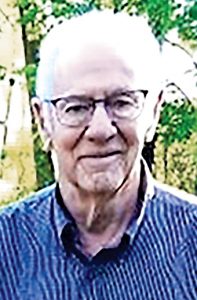 Born April 26, 1942 in Columbus County, he was the son of the late Wilson Beck and Anna Bell Soles Beck.

He was a member of the New Horizon Baptist Worship Center, where he served as a deacon.

In addition to his parents, he was preceded in death by two sisters, Anita Bordeaux and Mary Ann Elmore.

Family asks that all who attend wear a mask.