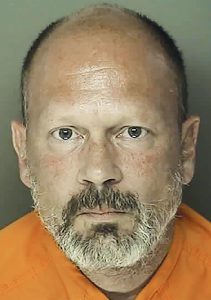 Law enforcement is on the hunt for a Longs man convicted Wednesday of second-degree criminal sexual conduct with a minor.

John Peter Kehborn, Jr., 48, failed to appear for his jury trial, which was held in his absence, said Assistant Solicitor George Henry Martin III of the 15th Circuit Solicitor’s Office.

Circuit Court Judge Steven H. John has issued a sentencing order, and placed it under seal until Kehborn is in custody and he is brought back to court, a news release from the solicitor’s office said.

Anyone who knows where Kehborn can be found is asked to contact their local law enforcement agency.

“The child told family members what happened and her mother immediately reported the abuse,” the news release said. “Within minutes, law enforcement arrived at the scene of the assault, opened an investigation, and ultimately charged him.

“Kehborn’s DNA and statements he made at the incident location connected him to the crime.”

Martin said the conviction resulted from a combination of courage and good police work.

“We are inspired by the courage of this young victim to tell the jury, and now our community, about the abuse she suffered at the hands of John Kehborn,” Martin said. “This case is an example of great work by law enforcement to ensure justice was served.”