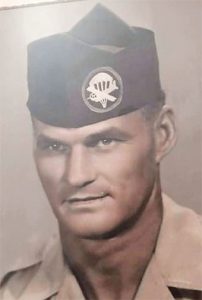 Born March 30, 1930 in Columbus County, he was the son of the late Brice H. Watts and Docia Beck Watts.

Bob served his country for 28 years in the U.S. Army 82nd Airborne Division where he retired. Before his retirement he served tours in the Korean Conflict and Vietnam War.

He was a Master Mason of Ft. Bragg Lodge 667 and a Shriner with Morocco Shriners.