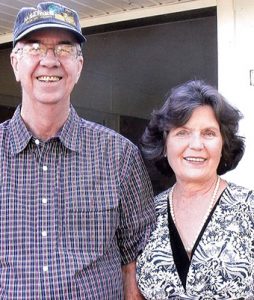 Linda Diane Garrell Hall of Little River passed away on Friday, March 4, , in McLeod Seacoast, Little River. She was 76.

Born, March 7, 1945, in Columbus County, she was the daughter of the late Dock and Linnie Garrell. She was preceded in death by her beloved husband, Donald Ray Hall.

Linda was a very devoted wife, sister, mother and grandmother. She was a very dedicated and hard worker in every position she worked in. After retiring from Burlington Industries, she pursued other careers in other fields as well. She will be missed by all her family and friends.

She is survived by her son, Donald James Hall (Barbara A. Hall) of Greensboro; a daughter, Teresa Williams (Micah Williams) of Little River; brothers Ricky Garrell and Gee Garrell; grandchildren Zachary Graham, Grayson Hall, Brody Williams and Carter Williams; and many other friends and family members.

A graveside service was planned for 1 p.m. Tuesday, March 8, in Selma Memorial Gardens, with the entombment to follow.