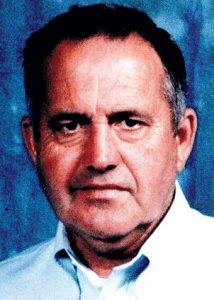 Carroll Alfie Norris of Loris passed away on Sunday, March 6, at Grand Strand Regional Medical Center in Myrtle Beach. He was 76.

Born July 2, 1945 in Nichols, he was the son of the late Alfie Isaac Norris and the late Earldean Wright Norris.

Mr. Norris worked for the SC Department of Transportation for 34 years as a surveyor and was of the Baptist faith.

In addition to his parents, Mr. Norris was predeceased by his brother, Rev. Doyce Elwood Norris; sister-in-law Janice Norris; and brother-in-law Windell Hardee.