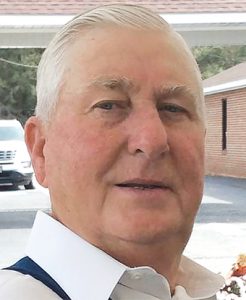 Richard Malcolm Fowler of Tabor City went home to be with his Lord and Savior on March 20, at his home, surrounded by his family. He was 74.

He was born Nov. 28, 1947, in Horry County, a son of the late Malcolm Mace Fowler and Essie Emeline Fowler.

Richard gave his heart to Jesus at Mt. Beulah Church in 1973 and has been a faithful servant of the Lord since that time. An active member of Mission Valley Original Freewill Baptist Church, he has faithfully served as church superintendent since 2005, as well as music director for many years.

Richard was a US Army veteran who proudly and willingly served in the Vietnam War.

He is survived by his faithful, loving wife of 50 years, Vicky Ward Fowler of the home; one daughter, Alissa Shonta’ Fowler of Bladenboro; a son, Richard “Ashley” Fowler and his wife Tiffany of Tabor City; grandsons William Levie Simmons (Spring) and Alden James Simmons; one granddaughter, Kambri Faith Fowler; a great-granddaughter, Annabelle Marie Simmons; and a loving brother, Michael Hester Fowler of Mollie.

In addition to his parents, Richard was preceded in death by one brother, Donnie Mace Fowler; and a sister, Nellie Fowler Wilson.