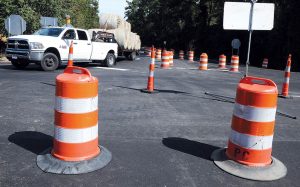 One consultant’s view on future impacts of a proposed “superstreet” in Tabor City errs on the process and results, a North Carolina Department of Transportation spokesman said.

F. Richard Flowe, President and CEO of planning consultants N•FOCUS, said the DOT’s “superstreet” plan would eventually force some businesses to relocate, specifically McDonald’s and Dale’s Seafood, as the new traffic pattern would make it more difficult for motorists to access the restaurants.

That view is not consistent with current DOT policy and practices, spokesman Andrew Barksdale said in response to a Tribune story on Flowe’s presentation to the Tabor City Council.

“Superstreet,” Barksdale said, is an outdated term that does not accurately reflect DOT policy and practices, which focus on safety. While planning for the area where NC 904 crosses US 701 bypass is still in the early stages, the project currently not expected to go for bids until 2029. Current thinking is to convert that crossroads to a “reduced conflict intersection” or RCI.

Called by other names in other places, nearby examples of an RCI may be found on SC 9 in Horry County, where numerous crossroads have been converted, eliminating left turns and preventing traffic on the lower traffic highway from passing straight across, through controlled U-turns on either side of the main crossroad.

Among the most recent examples is at SC 9 and SC 410 in Green Sea, where the SC 9 traffic moves unimpeded.

An RCI, Barksdale said, cuts potential points of collisions at a typical four-way intersection from 30 to 35 “almost in half. Studies show these really drastically cut down on crashes, T-bone collisions, and other wrecks.”

Some key points regarding the RCI, and DOT planning for US 701 Bypass in Tabor City, Barksdale said, include:

That focus on safety, Barksdale, is also good for businesses located along the highway.

“Customers want to feel safe going to a business,” Barksdale said. “If a corridor becomes too congested and accident prone, people will be less inclined to travel on it.”

That phase is years away, Barksdale said, and there will be plenty of public notice as the DOT moves through the process.

“The take-away,” Barksdale said, is this is still a concept, we will still be seeking public comment before we go forward. We want to give it the RCI treatment, but we may want to make changes, add extra turn lanes, do other things.

“We’re not going to ramrod anything on anybody.”