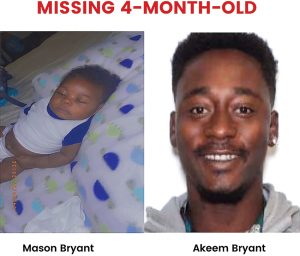 Akeem Bryant is in the custody of the Horry County Police Department following the alleged abduction of his 4-month-old son, an HCPD news release after 4 p.m. said.

Bryant, 23, turned himself in to HCPD detectives, the news release said.

Police earlier said Bryant took his son Mason from a home near Loris Thursday, and emphasized that he “is NOT Mason’s legal guardian.”

Look for the full story in the next Tabor-Loris Tribune in print and online.

Mason Bryant, the 4-month-old infant allegedly abducted from the Loris area by his biological father “has been found safe and reunited with his guardian,” an Horry County Police Department news release said just after 1:30 p.m. Friday.

Police continue their search for Akeem Bryant, 23, who “is NOT Mason’s legal guardian,” an earlier HCPD news release said.

Look for updates here as events warrant, and in the next Tabor-Loris Tribune in print and online.

An infant boy abducted by his biological father near Loris Thursday could be in the Tabor-Loris Community, and law enforcement is asking for help from the public locating them.

“Akeem is NOT Mason’s legal guardian,” the news release said. 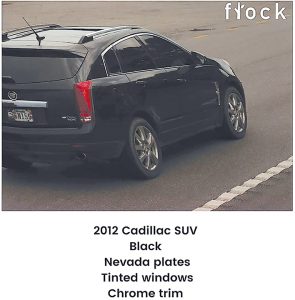 Police say Akeem may be driving a 2012 black Cadillac SUV with Nevada plate US N159. He is described as about 5’11” and 215 pounds with black hair.

“Mason is approximately 24 inches long, and 14 pounds,” the news release said. “He has curly black hair and brown eyes.”

Anyone with information about their whereabouts is asked to call HCPD immediately or their local law enforcement immediately by calling 9-1-1.

Look for updates to this story here, as events warrant, and in the next Tabor-Loris Tribune in print and online.