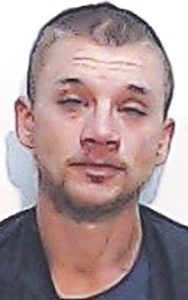 A potentially “deadly situation” ended with a Beaverdam Community man in custody after firing about seven shots at responding law enforcement early Monday.

Brandon Delane Nobles, 33, of Old Cribbtown Road, was charged with resisting law enforcement, possession of a firearm by a felon, possession with intent to manufacture sell and deliver a schedule 2 controlled substance, and possession of drug paraphernalia following, a Columbus County Sheriff’s Office news release said.

Deputies responding to the home in the 3500 block of Beaverdam Road met two women and two juveniles, the news release said. One of the women told deputies that Nobles had a gun “and would harm himself if anyone approached him.”

Deputies asked the women to leave with the children.

“While deputies were attempting to speak to Nobles, he began firing shots from inside a camper on the property,” the news release said.

About seven shots were fired in total at law enforcement officers, a warrant obtained by deputies said.

“The special operations armored vehicle (MRAP) was deployed to house and protect personnel and the negotiator,” the news release said. “Several more shots were fired by Nobles from the residence. Deputies heard the rounds striking near their location.

“S.W.A.T. utilized the armored vehicle to get close to the camper, safely allowing S.W.A.T. to deploy a gas agent into the residence. S.W.A.T. then made entry to the camper where Nobles was found in the bathroom with the firearm. He was taken into custody without further incident.”

Nobles was treated at Columbus Regional “for gas agent exposure” before being taken to the Columbus County Detention Center and charged. His bond was set at $207,500 secured.