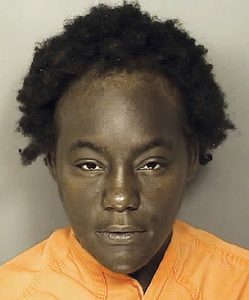 A Tabor City woman is being held without bail in the July 28 shooting of a co-worker at a North Myrtle Beach restaurant that resulted in the Loris man’s death.

Lafredia Corlet Todd, 34, is charged with murder and possession of a weapon during a violent crime.

Johnson’s family issued a statement following his death through the law firm of Morgan & Morgan.

“Quentin was one of the gentlest, kindest people we’ve ever known,” the statement said. “He was a loving brother, a devoted son, and a doting father to two children.

“Quentin’s hardworking nature and focus on bettering himself were inspiring to all of us. Our family and his friends are beyond heartbroken to be facing this tragic loss. Our family has come together from near and far to support each other, remember Quentin, and celebrate his life. We will honor his memory and mourn his loss the only way we know how – together.”

In a statement that accompanied the family comments, Morgan & Morgan called the violence “preventable.

“We are still investigating the shooting incident, but from initial reports, it appears the restaurant may have known about previous violent threats made by the alleged shooter,” the statement said. “We are working to learn as much as we can about how ownership and management at Nacho Hippo responded to these alleged threats, because their actions – or inactions – have had the gravest possible consequences.”

Comment has been sought from Nacho Hippo, which will be provided here and in the next Tabor-Loris Tribune in print and online if possible.