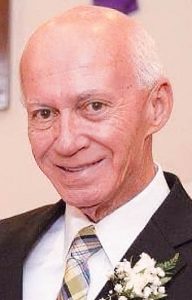 Phil Shelley Huggins of Longs passed away on Saturday evening, Sept. 17, at McLeod Seacoast in Little River. He was 74.

Born April 8, 1948, in Florence, he was the son of the late Hicks Huggins and the late Florence Evata Shelley Huggins.

Mr. Huggins worked in sales until his retirement and was an active member of Olyphic Baptist Church. Mr. Huggins was an ordained minister who worked tirelessly as both a deacon and Sunday school teacher throughout his life and will be dearly missed by all whose lives he touched.

In addition to his parents, Mr. Huggins was predeceased by his two brothers, Ralph Huggins and Larry Huggins; and his sister, Rebecca Branton.