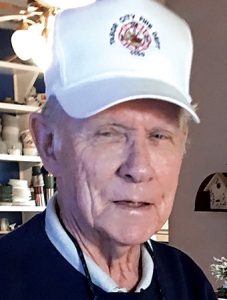 Born Sept. 4, 1939 in Horry County, he was the son of the late Robert Wade Hodges and Cordelia Fowler Hodges.

He was a veteran of the United States Air Force and also retired as Fire Chief with the Tabor City Fire Department.

Visitation was planned from 6 to 8 p.m. Wednesday, Oct. 12, in Inman Ward Funeral Home.