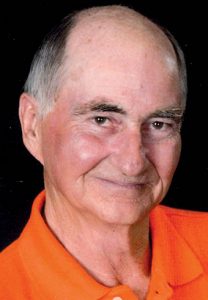 Waylen Franklin Lanier of Chadbourn died Sunday, Nov. 20, in his home. He was 73.

Born Oct. 16, 1949 in Columbus County, he was the son of the late William Rossie Lanier and Gladys Lee Cribb Lanier.

He was a veteran of the United States Army and attended Emerson Original Free Will Baptist Church.

He is survived by his wife, Barbara Phipps Lanier of the home; one grandson, Austin Oliver and wife Emma of Chadbourn; and a great granddaughter, Ivy Oliver.

In addition to his parents, he was preceded in death by one daughter, Frankie Jean Lanier; and two brothers, Thurman Odell Lanier and Richard Lanier.