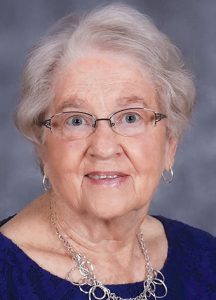 Born Oct. 26, 1933 in Horry County, she was the daughter of the late Homer E. Adams and Retha Mae Rackley Adams and the widow of Jennis Turbeville.

In addition to her husband and parents, she was preceded in death by two daughters, Janet Nell Gwyn and Patricia Kay Phipps; a brother, Charles Waldon Adams; and two sisters, Jean A. Norris and Sylvia Ann Hannah.

Visitation was planned for the hour preceding services in the church.