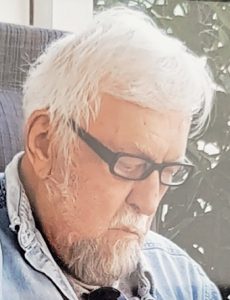 Martin “Marty” Sumner McAtee, Sr., a proud veteran of the United States Marine Corps, passed away at home in Longs on Dec. 9. He was 89.

Marty was the son of the late James and Lyda (Weimer) McAtee. He was preceded in death by his brother Francis McAtee and sisters, Sara Skulskie and Vera Will.

He was born June 9, 1933 and graduated from Edinboro High School where he played football and enjoyed history class. At the age of 18, Marty enlisted in the Marine Corps where he earned carbine and expert rifleman medals. He attained the rank of Sergeant and served in the Korean War. He was a member of the Veterans of Foreign War until his death.

He was preceded in death by his second wife, Rita (Akerly) McAtee and survived by his stepchildren, Dan (Pat) Akerly of Harborcreek, Pennsylvania, Terry (Steph) Akerly of Longs,

He was also preceded in death by his third wife, Nancy (Castano) McAtee and survived by his stepchildren, Chery Castano and Dave Castano of Ohio, and Denise (Jerry) Gajewski of New York’ five grandchildren; and one great-grandchild.

Marty enjoyed watching his sons participate in high school sports. He was fond of going to Lake Erie Speedway, riding his Harley, and his dog Bud.