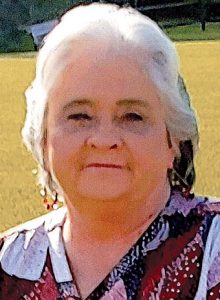 Julia “Julie” Watson Hewett of Little River passed away on Friday, Dec. 23, at McLeod Seacoast hospital. She was 65.

Born April 6, 1957, in Loris, she was the daughter of the late Elton Devon Watson and the late Lois Elwood Sanderson Watson.

Mrs. Hewett worked as an administrative assistant in property management for as long as her health would allow and was a devoted member of LordsWay Baptist Church in Little River.

In addition to her parents Mrs. Hewett was predeceased by a brother, Ted Watson; and her mother-in-law, Shirley M. Hewett, whom she affectionately referred to as her “other mother”.

Family planned to receive friends during the hour preceding services at the funeral home.