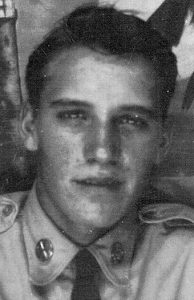 Jerry Dwillard Small of Tabor City died Saturday, Jan. 7, in his home. He was 81.

Born July 14, 1941, in Marion County, he was the son of Coleman Small and Velma Spivey Small, and the widower of Dixie Jernigan Small.

Jerry worked in the textile industry for many years and was a veteran of the US Army and National Guard.

He was predeceased by one grandson, Ethan Zane Small; a brother, Halford Small; and three sisters, Alice Small, Shirley Ray, and Reba Warren.

Funeral arrangements are incomplete and will be announced later.