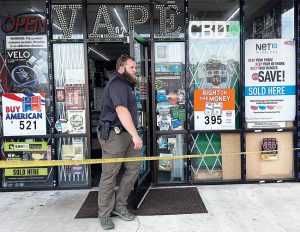 Agents with the NC Department of Revenue and state Secretary of State’s Office were also involved in the search warrant service, where “special agents seized a large amount of illegal THC products and cash,” an ALE news release on Friday said.

Charged so far are:

Agents at the stores, and through the news release, said their investigation was a result of complaints “that teens purchased vape products from two tobacco stores in Tabor City and subsequently became ill after ingesting the products.”

“While criminal enforcement is, and will continue to be, part of an overall strategy to keep our children safe, parents should be aware of these products and the potential for harm,” House said.