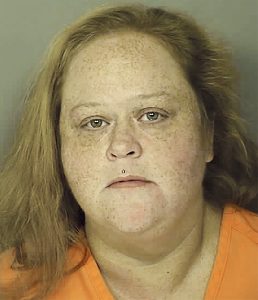 A juvenile has been charged with murder, and an accessory to murder charge has been upgraded for a Green Sea woman in the death of Corey Adam Soles, whose body was found in the Galivant Ferry area on Jan. 10, an Horry County Police Department news release said Friday.

Eight people have now been identified as involved in the murder of Soles, including three named for the first time Friday, two of those still sought by police, the news release said.

Watts, the warrant said, “was present and aided and abetted her co-defendant while the victim was struck with a blunt object multiple times causing his death,” the warrant said. “This is known through surveillance video and physical forensic evidence.” 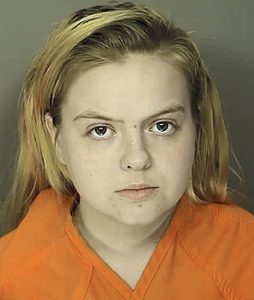 Amber Madison Watts, 21, of Hwy 9, Nichols, was charged with being an accessory after the fact of murder, her warrant said. Amber Watts is Samantha Watts’ daughter, family information on Facebook pages for both of the women show.

Amber Watts, the warrant charged, “did work in concert with co-defendants in concealing evidence from a crime scene, as well as assisted in removing and disposing of the victim Corey Adam Soles’ body.” Those allegations have been “corroborated through video and forensic evidence from the incident location,” the warrant said.

Samantha Watts son, Jonathan Edward Watts, 18, of Myrtle Beach, was arrested Wednesday and charged with assault and battery by mob.

Two other juveniles, in addition to the one charged with murder, remain in the custody of state juvenile authorities in Columbia. 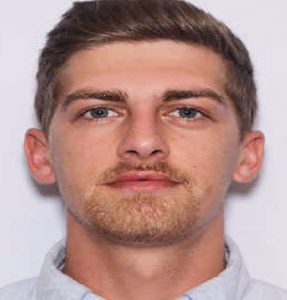 Two other men are being sought by police in the case, the news release said.

Ryan James Porter, 25, is wanted for assault and battery by mob; Joshua Thomas Brown, 20, of Myrtle Beach, wanted as an accessory after the fact; the news release said. Porter, who a police spokesperson said lives in Horry County, showed a Tabor City address on a jail booking card from last August.