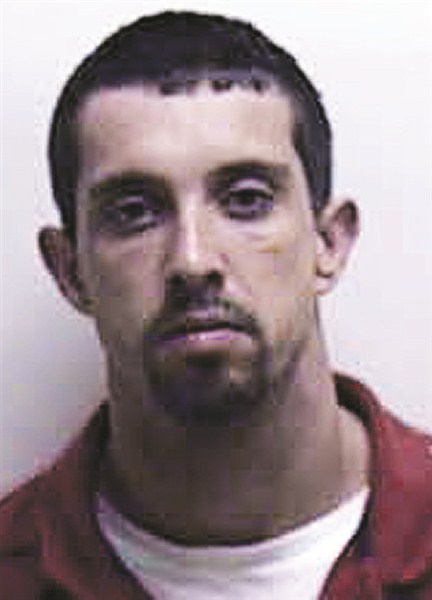 Billy Jay “B.J.” Wright might be hoping to be home for Christmas, but a $3.5 million bond set Tuesday for the former Tabor City man awaiting trial on a long list of charges might block the way.
Wright, 27, faces the prospect of decades in prison if convicted of all the charges against him because of three habitual felon indictments attached to those cases.
Jurors in Columbus County may not decide Wright’s fate, Assistant District Attorney Heath Nance said.
“I intend to file a motion for change of venue,” Nance said Tuesday. “After we do that, then we can get a trial date set.”
Charges facing Wright include obstruction of justice, conspiracy to obstruct justice, and two counts of harassment of jurors. Wright and his wife, Karen Sealey Wright, were charged on Aug. 24 with conspiring to coerce at least two jurors in Wright’s ongoing trial to render not-guilty verdicts.
That jury tampering investigation halted the trial. The Wright’s has been married just 17 days when they were arrested on the jury tampering charges, investigators said.
B.J. Wright’s close ties to former state Sen. R.C. Soles Jr., their volatile relationship that has included trespass and damage to property charges at Soles’ home, an Aug. 9 leap from a second-floor courthouse window in Whiteville, coupled with the jury tampering allegations prompted the decision to seek trial in another county, Nance said.
“The question now is how far away do I need to go?” Nance said.

Big bond
District Attorney Jon David said prosecutors asked for a $10 million bond, with Superior Court Judge Doug Sasser instead setting bail at more than four times B.J. Wright’s previous $750,000 bail.
B.J. Wright had been held at the Columbus County Detention Center without bond since his Aug. 9 courthouse jump that landed him in the hospital for a day.
“Everyone is entitled to bond, with the exception of capital murder defendants,” Nance said.
But until last week, B.J. Wright had not sought a bond hearing since August.
Mike Ramos, a Brunswick County attorney now representing B.J. Wright, asked for the bond hearing, which was not scheduled until Tuesday, Nance said.

Charges
Charges in the trial disrupted by the jury tampering investigation in August included maintaining a vehicle for the purpose of distributing cocaine, marijuana possession, possession of drug paraphernalia, and resisting police, all stemming from a January 2011 traffic stop that took place in Cerro Gordo.
An attached charge of being a habitual felon means that B.J. Wright, if convicted, could be sentenced to nearly ten years in prison, Nance said.
B.J. Wright is also awaiting trial in two other incidents, including damage to property at Soles’ home, with habitual felon charges also attached to those cases, Nance said in August.