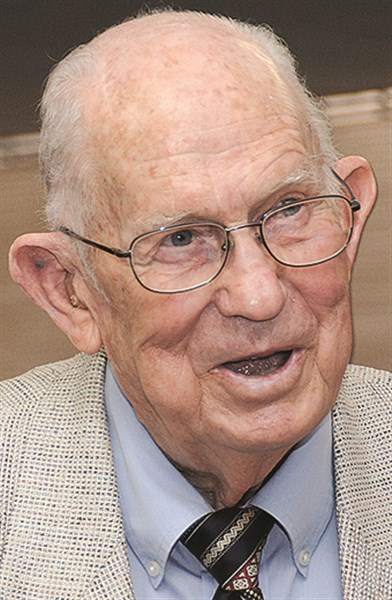 Leo Mercer, a retired Postmaster who gave 58 years of public service, including 14 years as Chadbourn’s mayor and four years in the North Carolina House of Representatives, died Thursday, Dec. 26, in Columbus Regional Healthcare in Whiteville. He was 87.
Mercer’s 33-year career with the U.S. Postal Service began in 1951. He became Postmaster in 1962, a year after being appointed Interim Postmaster. He retired in 1984.
He began his service at Chadbourn town Hall in 1969, serving a single two-year term as mayor. He was also mayor from 1975 to 1982, and again from 1999 to 2005.
Serving on the Columbus County Board of Education from 1982 to 1988 proved to be a stepping-stone for state office. He was elected to the North Carolina House of Representatives in 1988, serving two terms before deciding not to seek re-election in 1992.
Mercer also served five years as Gov. Jim Hunt’s representative in southeastern North Carolina, and ended three years on the Columbus County Board of Elections in 2011, capping nearly six decades of public service.
“I think I’ve served quite a few years for the public,” Mercer said in 2011. “I appreciate the good lord letting me serve in so many capacities and I think it was his will for me to do it.”
He was also co-owner of Mercer-Worthington Funeral Home (Worthington Funeral Home) until his retirement in 1984.
Mercer was the son of the late Bailey and Lottie Hinson Mercer and the husband of the late, Irene Bullard Mercer.
Survivors include a daughter, Gwendolyn Mercer Sanderson of Lake Waccamaw; two sons, Kenneth L. Mercer of Village Mills, Tex. and Kipling Sherrill Mercer of Monroe, Ga.; seven grandchildren and 18 great-grandchildren.
Visitation was planned from 6 to 8 p.m. on Monday, Dec. 30, at Worthington Funeral Home in Chadbourn.
Final rites were planned for 11 a.m. Tuesday, Dec. 31, at Chadbourn Baptist Church with Rev. Danny Russell and Rev. C.F. McDowell, III officiating. Interment was to follow in Chadbourn Memorial Cemetery.
Memorials may be made to Chadbourn Baptist Church Memorial Fund, 504 Howard Street, Chadbourn, NC 28431.