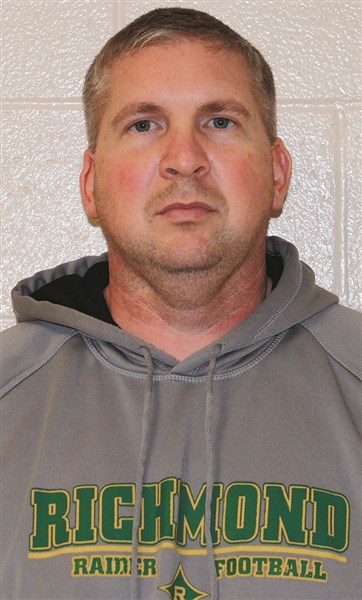 Kyle Hutchison, a third year assistant football coach at Richmond Senior High School in Rockingham, has been picked to lead the South Columbus High varsity football program.
Hutchison was selected by Principal Eddie Beck, and approved by the Columbus County Board of Education Monday night, Supt. Alan Faulk said. He is expected to sign his new contract on Thursday.
Willie Gore, an assistant football, golf and bowling coach at South Columbus, was named the school’s new Athletic Director.
Both posts were vacated by Jake Fonvielle at the end of March, as he stepped down to join the family business, E.W. Fonvielle & Son, a Hickman road farm and garden supply center founded in 1931 by Fonvielle’s great-grandfather.
Hutchison teaches Healthful Living at Richmond County’s 9th grade academy, a course his classroom webpage says is “a combination of Health and Physical Education and is required for graduation.”
A 2004 graduate of The Ohio State University with a B.A., Hutchison earned a M.Ed. degree from the same school in 2005 and is “finishing up my administrative license through Wingate University,” his webpage says.
He is also an eight-year veteran of the U.S. Marine Corps.
For more on this story see the April 9 Tabor-Loris Tribune in print and online.