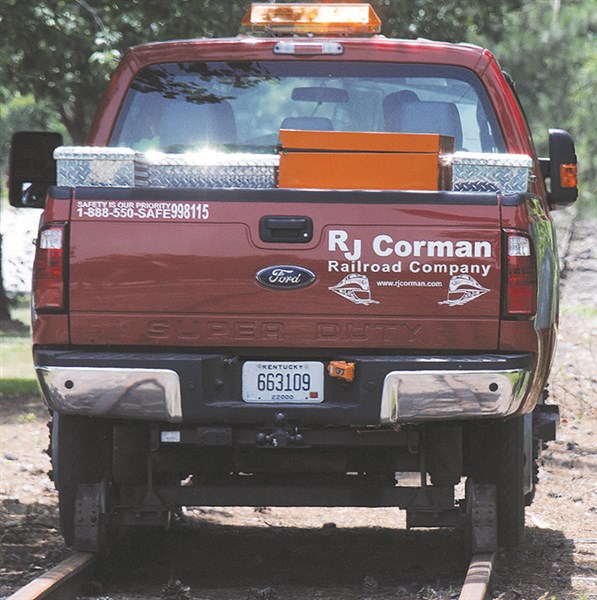 Nearly four years after its trains were idled, the sale of Carolina Southern Railroad is immanent, paving the way for Kentucky-based  R.J. Corman Railroad Group to restore service from Columbus County across the border to Horry and Marion counties.
Corman officials and Carolina Southern owner Ken Pippen have agreed to finalize the $13.9 million sale by early August, an R.J. Corman Railroad Group news release late Wednesday said.
It will take millions of dollars and at least four months to overhaul the line and get trains moving again, once the sale is complete, the news release said.
“Our first step will be to more fully assess the rehabilitation that’s needed,” said R.J. Corman Railroad Group President and CEO Craig King. “We also will meet with area business and industry leaders and economic development representatives to identify ways our railroad can expand their markets and save costs.”
Idled since August 2011, the 80-mile Carolina Southern line links Whiteville, Chadbourn and Tabor City in Columbus County, Loris, Conway and Myrtle Beach in Horry County, and Mullins in Marion County, where it connects with national rail spurs.
The restored railroad is expected to be an economic boon for the area by reducing industrial transportation costs, decreasing congestion from commercial truck traffic and creating up to 30 high-paying jobs once it is fully operational, the company said.
An agreement for the sale, signed last year between Pippin and a two-state rail committee representing count governments on both sides of the state line, municipalities and some businesses, allowed the counties to assign their collective rights to a third party, later choosing Corman to own and operate the railway.
That committee was formed in August 2012, a year after bridges that no long met federal safety guidelines idled the rail cars.
Businesses that relied on rail service were forced to turn to more expensive trucking to meet those needs, Columbus County Economic Development Director Gary Lanier said previously.
“We appreciate this opportunity and realize its significance,” said Bill Henderson, Vice President of Sales and Marketing for R. J. Corman Railroad Company. “It’s easy to see there is tremendous opportunity for our company here and for the industries and agricultural businesses we will serve. We look forward to enhancing the states’ transportation systems.”
For more on this story see next week’s Tabor-Loris Tribune in print and online.