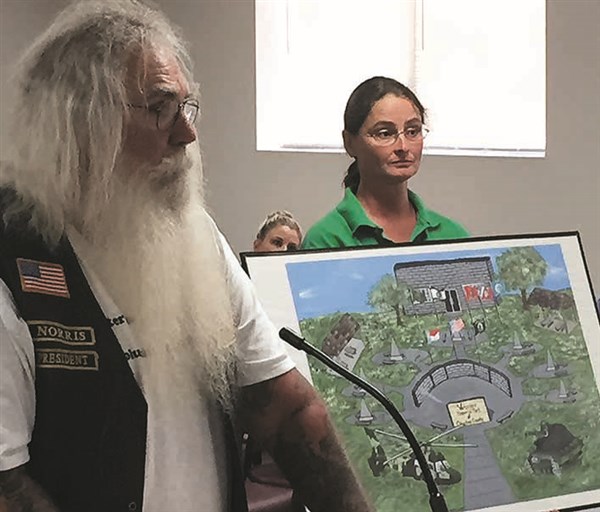 Possible legal roadblocks derailed efforts to funnel $50,000 to a planned Columbus County Veterans Memorial Park, with Columbus County Commissioners pledging to do all the law will allow to support the project.
County Attorney Mike Stephens said he personally supported the plan, but warned of legal troubles that might arise from mixing public and private funds.
Randy Norris, who chairs the group that has been working on the project for more than two years, said more than eight acres of land along U.S. 701 about four miles south of New Hope is available for $65,000, and the group has raised $26,000 already.
Commissioners have previously pledged $75,000 to the effort, but that money was contingent on owning property first.
Norris said his group would look at other options, including securing a bank loan for the land purchase that might be secured with the available private funds and the county’s earlier pledge.
Commissioner Amon McKenzie, a veteran, said his “comrades” were grateful for the county support.
For more on this story see Wednesday’s Tabor-Loris Tribune in print and online.