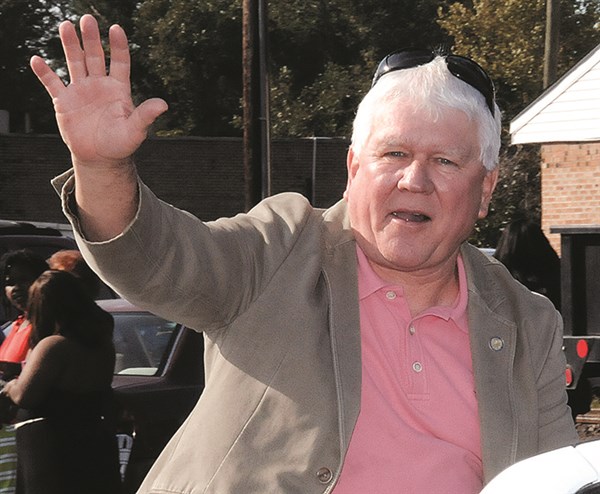 State Rep. Ken Waddell will not seek a third term serving District 46, he announced Monday.
Waddell, a Columbus County Democrat and former Chadbourn mayor, serves the district which includes all of his home county, and portions of Bladen and Robeson. He said family commitments, including helping to care for his father, prompted his decision despite giving indications during the summer that he would run.
“I had pretty much made up my mind then,” Waddell said. “I just kept it to myself.”
“The extraordinary requirements of time, money, and commitment to service will not allow me to spend the necessary time required to do the job at a level I consider a personal requirement and further my farming interests while continuing to support my family,” Waddell said in a Facebook posting early Monday. “I have enjoyed the privilege to serve the citizens of this district as well as those of my hometown of Chadbourn for the last 28 years.”
Waddell said he would continue to serve the remainder of his term, with his successor to take office in January 2017.
“It is my hope and prayer that the people elect a person who will put the interests of the ordinary citizens ahead of personal gain as they seek to be of service to the district,” Waddell said. “I also hope that one day I will see a NC that recognizes that all citizens regardless of race or economic status are allowed the opportunities for success that I was given.”
Waddell said he was proud of his record of service, and that he believed he was as effective as a Democrat could be in the GOP controlled legislature, “better than some Republicans.”
Politics is not likely in Waddell’s future, the 62-year-old Chadbourn resident said.
“I think I’m toast.”
Look for more on this story in Wednesday’s Tabor-Loris Tribune in print and on-line.