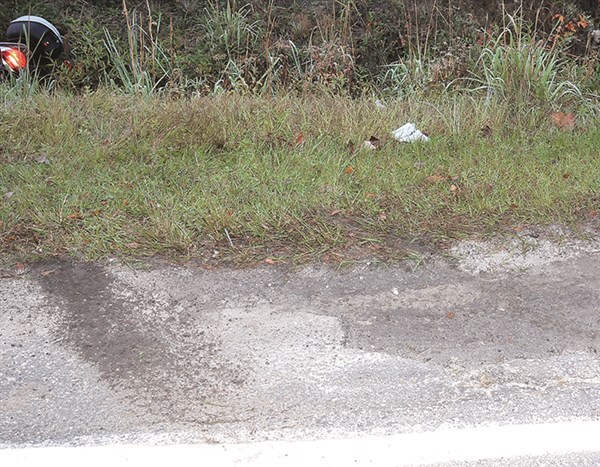 A passing motorist spotted the three-wheel moped in a ditch soon after daybreak Friday, and discovered the body of a local man partially under the vehicle, Columbus County Assistant Coroner William Hannah said.
Byron Keith Harrelson, 48, of FM Stanley Road, Clarendon, may have drowned sometime during the night, Hannah said.
It appeared that the moped was travelling east on Mollie Iron Hill Road when Harrelson lost control, the vehicle leaving the pavement on the southeast corner of the intersection, into the ditch, Harrelson landing face-down in the water, the front of the moped on his upper body.
That’s how fire and EMS responders found Harrelson before 7:30 a.m. Friday, the moped’s engine cold. Hannah said it was not clear when in the night the accident took place, but that the moped would have been nearly impossible to see by motorists before daybreak.
No autopsy was planned, Hannah said.

An autopsy has been ordered for Byron Harrelson, Hannah said Friday afternoon, in order to be certain of the cause of his death.
Drowning appears the likely cause of death, but can not be confirmed without an autopsy that will take place in Raleigh, Hannah said.