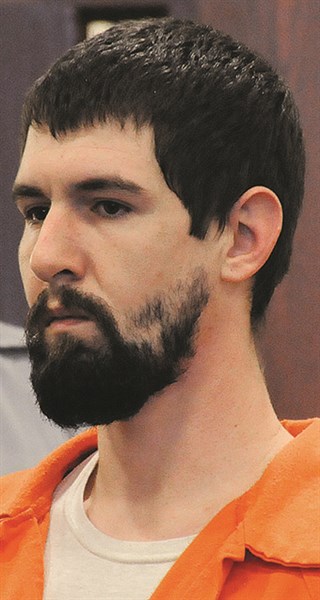 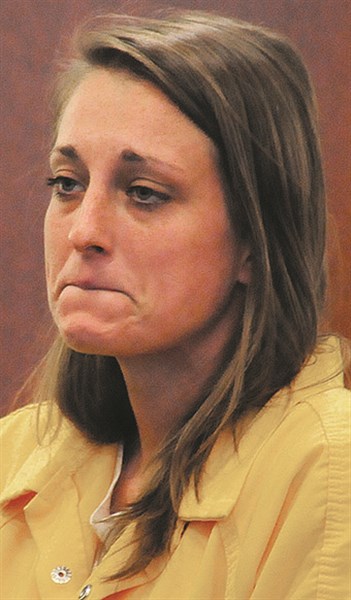 Reynolds was one victim’s son
By DEUCE NIVEN

Suspects in the grisly murders of two women at their Bolton area home more than a year ago were told they could face the death penalty as they appeared before a judge for the first time Thursday.
Justin Gray Reynolds, 28, who has had addresses on Bitmore Road, Brunswick and most recently on Lee Ward Road, Nakina; and Megan Alicia Haynes, 27, of Howard Cox Road, Tabor City; were each charged late Wednesday with two counts of murder in the October 2014 killings of Jeanette Nancy Thut, 74, and Donna Lee Gore, 55, at their home on Blacksmith Road near Bolton.
Reynolds was Gore’s son, a news release from the Columbus County Sheriff’s Office said. Reynolds and Haynes were “in a relationship” at the time of the murders.

Grisly find
Family members who had last seen Thut on Oct. 24, 2014 reported her missing 11 days later, on Nov 4. A deputy who went to Thut’s home, while looking around the grounds, noticed a “foul odor” coming from a storage building, District Attorney Jon David said during a first appearance hearing for Reynolds.
Detectives would find the bodies of both women inside that building, David said, Thut wrapped in a piece of carpet or blanket with from 15 to 17 stab wounds, Gore on the concrete floor. She had been strangled to death, the prosecutor said.

Motive
Determining motive isn’t necessary in a criminal case, David said during a news conference held just before the court hearings.
“You can chase motive all over the courtroom and never catch it,” David said.
David would not discuss motive, or details of the killings during the news conference.
“We do our talking in the courtroom,” he said.
David alluded to theft, and the possibility of getting caught, as a motive during the hearing.
Reynolds and Haynes were living in a mobile home on the Thut property at the time of the killings, David said. Thut had discovered that the young couple had stolen some of her property, and “was in the process of notifying the Columbus County Sheriff’s Office when she was killed.”
Both Reynolds and Haynes took property from the Thut home and sold it at pawn shops in the days following her death, David said. Haynes is also facing credit card fraud charges in Bladen County, accused of using Thut’s credit card in Elizabethtown after hear death, the prosecutor said.

Death penalty
A “death penalty panel” made of up senior prosecutors will meet in the coming weeks to determine if the state will seek the death penalty against either Reynolds, Haynes, or both, David said.
That decision could come in about a month, and will be announced, he said.

No bond
District Court Judge Pauline Hankins heard Reynolds’ charges first, and appointed Harold G. “Butch” Pope to represent him.
Retired Superior Court Judge William C. “Bill” Gore was appointed to represent Haynes, after declining to represent Reynolds. Gore explained that he already represented Haynes in another case.
Probable cause hearings for both Reynolds and Haynes were scheduled for Feb. 25.
For more on this story see the Feb. 10 Tabor-Loris Tribune in print and online.