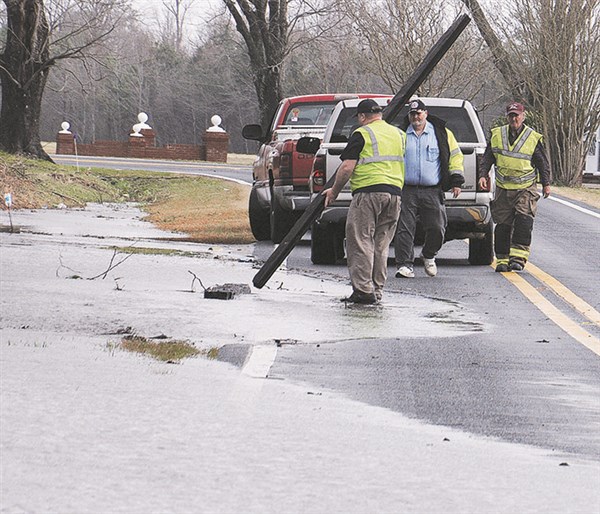 Heavy rain caused some low-level flooding, high winds brought down just a few power in the Tabor-Loris Community, but no serious problems were reported in Columbus or Horry counties as a result of the system that wreaked havoc in other areas of the country.
“It looks like it’s pretty much over,” Columbus County Deputy Emergency Services Director David Ransom said at about 3 p.m.
Radar indicated some heavy storms still well to the west, with a track trending more to the north and east, away from the TLC.
A tornado watch remained in effect until 7 p.m., with gusty wind likely well into the evening, the National Weather Service said. Forecasts for the rest of the week were for cooler temperatures, clear skies and no precipitation.
For more on this story see next Wednesday’s Tabor-Loris Tribune in print and online.