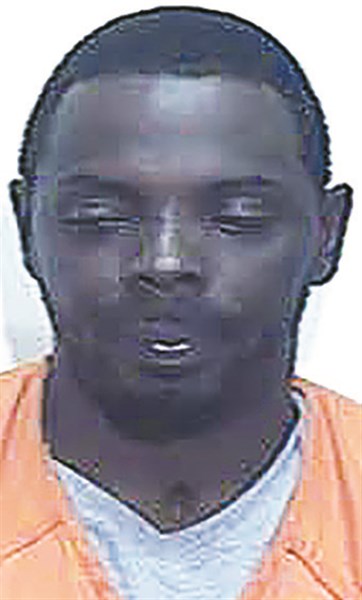 A third man is facing accessory charges in the deadly armed robbery at a Loris convenience store Monday, the Horry County Police Department has announced.
Demetrius Altman, 37, of Godwin Trail, Chadbourn, was arrested by members of the U.S. Marshall’s Task Force during a traffic stop in Chadbourn Tuesday morning, Lt. Mark Bonner of the Horry County Police Department’s Major Crimes Division said in a news release.
A warrant obtained by the HCPD alleges that Altman planned the robbery with two men already charged in the case, that Altman drove the men to the area of Loris Market and Beverage, and “was to pick up the co-defendants after the completed robbery,”
Jim Tracy Miller, 26, of Tabor City and Jonathan Stefan Vanderhorst, 21, of Whiteville were caught about four hours after the robbery and killing of store owner Edy Boudagh, who was 45. Miller and Vanderhorst had fled the store on foot, and were caught on Yancey Street, a residential neighborhood less than a mile away, just past Loris High School off of Heritage Road.
Both men have been charged with murder, assault and battery, armed robbery, and possession of a weapon while in the commission of a violent crime that could result in a sentence of life in prison or death, jail records at the J. Reuben Long Detention Center show.
Vanderhorst was also charged with unlawful carrying of a pistol.
Bond was denied for Miller and Vanderhorst. during hearings held before a magistrate Thursday.
Altman will be extradited to Horry County to face charges, Bonner said.
Previous reporting on this story can be found here and here.
Look for more on this story in Wednesday’s Tabor-Loris Tribune in print and online.