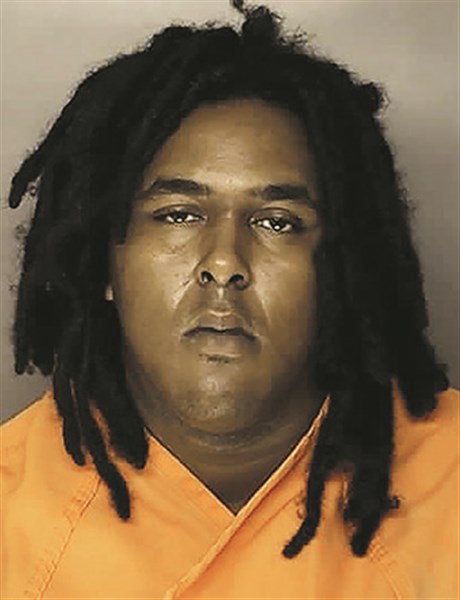 A wanted man considered armed and dangerous barricaded himself inside a Justin Lane home on Thursday, prompting a standoff with law officers that eventually ended with his arrest on numerous felony charges, the Horry County Police Department disclosed Monday.
Vincent Gerald Bellamy, 28, was wanted on charges stemming from a May 22 incident involving the mother of his child at that Justin Lane home, HCPD reports and warrants said.
County police offers were joined by the ATF Gang Task Force and the US Marshall’s Fugitive Task Force when they located him Thursday afternoon, HCPD spokesman Lt. Raul Denis said in a news release.
“Bellamy barricaded himself inside the residence but ultimately surrendered, without incident, to police special operations personnel at the scene,” Denis said.
Bellamy was charged with domestic violence in the first degree, two counts of possession of a firearm by a prohibited person, failing to appear in court, sex offender registry violation, and violating condition of electronic monitoring. He was held at the J. Reuben Long Detention Center near Conway under bonds totaling $1,600.
For more on this story see Wednesday’s Tabor-Loris Tribune in print and online.