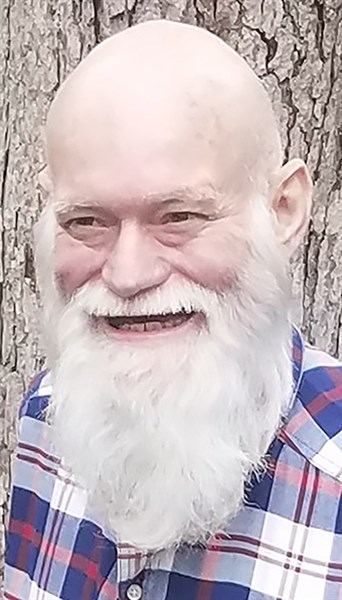 Roger O’Neil Baldwin of Black Mountain passed away Wednesday, Feb. 22. He was 68.
Mr. Baldwin was born Aug. 25, 1948 in Columbus County, to the late Paul and Alice Baldwin.
Roger and his wife, Frankie had resided in Black Mountain since 2000 where they owned and operated Front Porch Grill until 2008. He was a meat supervisor for more than 50 years and was currently employed with the Biltmore Estate.
Roger was an avid fisherman, musician, and wood worker. He was a past president of the Lions Club; past officer of the Kiwanis Club where he played music for 18 years on a country music show; and was a lifetime member of the White Cane Club, delivering canes to the blind.
Mr. Baldwin attended Mountain View Baptist Church and Tabernacle United Methodist Church.
In addition to his parents, he is preceded in death by two nieces, Madeline Baldwin and Mallory Cranford.
Roger is survived by his loving wife of 50 years, Frankie Rhodes Baldwin; daughter, Paula Baldwin Edwards (Dale); grandchildren, Hilary Patterson, Emily and Nataly Caulder; step-grandchildren, Angel, Nikki, and Harley Edwards; sister, Marsha Baldwin (Michael); brother, Paul Baldwin, Jr. (Jan); and numerous nieces and nephews.
A Celebration of Life Service was planned for 2 p.m. Sunday, Feb. 26 in the chapel of Harwood Home for Funerals in Black Mountain with David Ingram officiating.
Family planned to visit with friends following the service in the funeral home.
In lieu of flowers, contributions may be made to Roger O’Neil Baldwin Memorial Fund, 591 Blue Ridge Road, Black Mountain, NC 28711.
A guest register is available here.